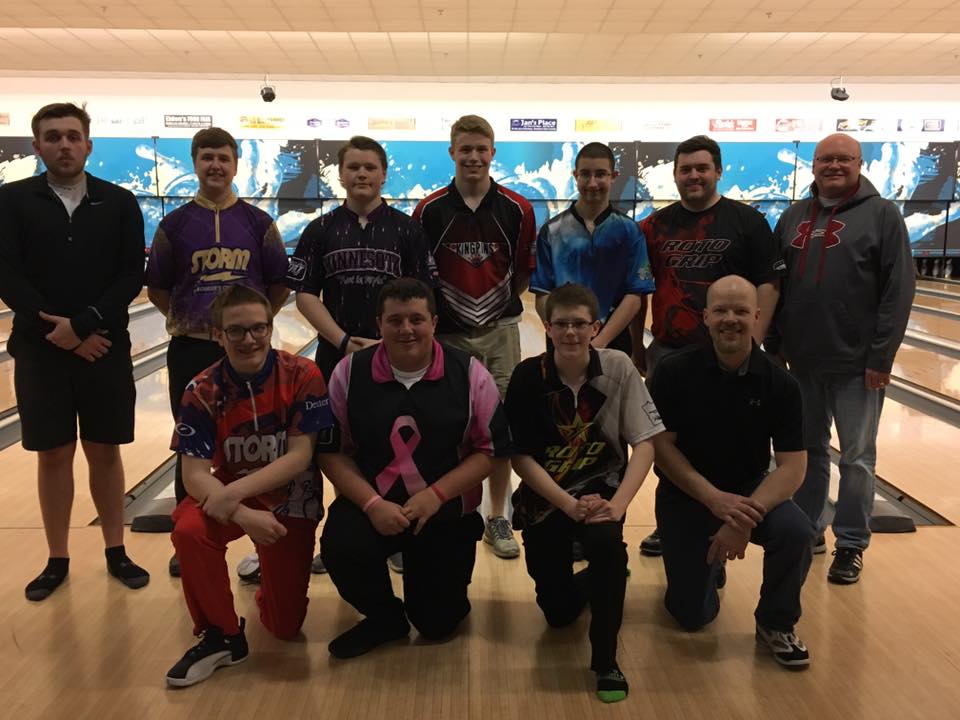 Alexandria also offered our new open division that is offered to any adult bowler.  We had 3 bowlers with $75 in prize money.

The “Flight System” is a new and exciting format that eliminates the need for average divisions or handicaps yet allows all youth ages and skill levels to participate in competitive bowling. All bowlers enter the tournament at the same level and are divided into flights of ten bowlers based on the first four games of qualifying.

Bowlers also receive points based on overall positioning after the six games of qualifying. Boys and girls points are tracked separately and the top bowlers will be awarded scholarships based on total points.